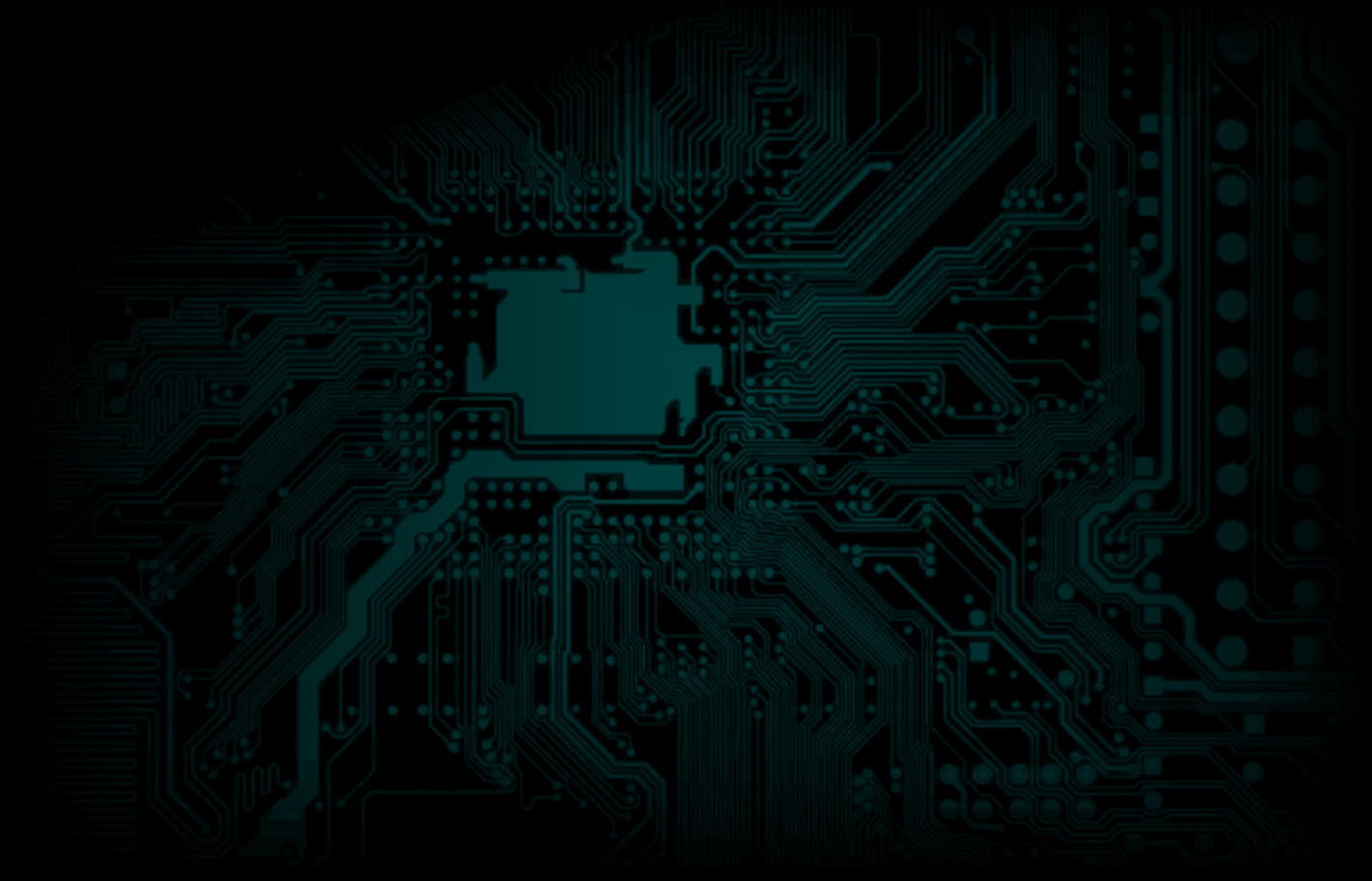 What's on your mind?

I want to hear everybody's opinion on it, I think it is crimson because they let abnormalities out

Touya: A boy with red hair. He wears the Melting Love suit.

Mika: A shy rookie who wears the default suit and the Mountain of Smiling Bodies mask.

Do you have any? Note, these employees were renamed by me, except Yui.

Sup From Russia. Half of Russian Community feel cringe by reading WL. I just Wanna hear Opinion of your community.

In my opinion it’s The Queen Of Hatred. I love her little face.

Apparently, she started the day as always, but she started with 260 energy rather than 0 as everyone should start, lol. Sorry If It's a bit low-quality, though.

What I meant by the "4 work comments" is when one of your employees work on an abnormality with the assigned work, and few words pop up on the containment unit.

This Wiki is about The Little Prince (originally Le Petit Prince) a book adapted into 2 TV series and 1 film.

The Time Lord Traveler: Doctor Who

The Rescue: My Best Friend:

The Petite Little Prince is no longer a younger: six to eight years of age. He is Teen-Younger: is twelve more mature. He went on his own adventures: well Discipline: Resolution Resolving Silver-lining: solutions solving Conflict Disputes, or Revolt against Revolution Battle of War. He is against an Ora Darkness gloom that hovers around the Planet: Bitten by a Deceiving Snake searching to quiet the Stellar Nation.

In the Past A Crow: Rusty Guardianship looked after him when he was a Child Tot: The Little Prince learned to travel towards Stellar Nation Planets, with his amazing talents: capturing birds: lighten his Density and Flying comets. (The Birds is gave him a lift to toward the Troposphere skys similar to a challenger Pick up Jet). The Little Prince is able to levitate in the Stellar Ionosphere in space and capture a comet back to The Planet B.6.12, Too take care of his rose.

The Little Prince most favorite place he liked to travel towards the Globule Planet Earth. In the meadow Plains near the Forest near the Foxes cave. The Little Animal did not want to be Tame by a Little Boy. To Him: The Little Prince is similar to a thousand little boy's from the Planet Nation. The Fox does not want to establish Ties to him. "What is essential to the eye cannot be seen".

In the Court-Yard the Little Prince saw lots of Little Rose similar to his. The Fox tell him "they are not his flower. His Rose is still back at his Planet. He suggested he must go back and take care of his rose and he did. Four years later: the Little Prince return to the Nation of Earth and is stranded on the dessert with an Aviation Military Pilot. Unaware they will meet the snake while on their journey. A group of Scientist discovered on the Wild Fox's Cave. Using a metal detector the Scientists found another part of a tunnel picking up seismic activity not seen, nor noticed at all. A Time Mech Gear posted on a Cove walls. Since the Scientists could not read the writing's, the found a pattern following the spinal line of gears. They found the key and inserted it by mistake: releasing the snake, causing gloom to the scientists while the Fox entered the cave only to be trapped.

Gloomies Guards the cave from the Fox from leaving, meanwhile the Snake read the wild fox thoughts and tries to poisonous Bite the Little Prince sharing his warm welcome. Hoping his bite would make him suffer from Depression making him his next victim. The Little Stellar Traveler is perhaps is rescued by a Time Lord Doctor, his Tardis morphed into a Secound Snake, Emanates Starry Radiant Ora Energy to bring back the Little Prince back to health.

The Little Stellar Traveler is given a Sketch Pad while recovering, The Time Lord Doctor teaches him how to use it, and gave the little emperor is given a word of advice. Asking the Little Prince; "not to fall prey to the Snake's Deceits no-more, his bite is a betrayal of lies". When Recovered, The Little Prince decided to rescued his best friend from the gloomies and the Time Lord Doctor decided it was time to give him his own Ora Radiant, Aluminous Light sword, both of them joined forces. The Little Prince used the Radiant light Sword over Bared the Shadow's, The Time Lord Doctor used his Sonic Screw Drive: vibration variance of sound to dissipated the Dark Cloud similar to a hollow wind while Gloom Clouds guarded the entrance of Wild Fox Cave. The Wild Fox Claw Each Gloom Cloud like Dust Bunnies, Gloomies went in retreat for another day.

The Snake Hover over the Planet and saw it future of its own destruction of the Globule Planet, Telling the Little Prince "it is lonely amongst people," dissipating, then he disappeared. The Snake separated went towards a Distance Galaxies to despair quiet the nation, with his a Dark Ora. Bringing a warning, To the Stellar Travelers "he will return to the Planet Earth, when Galaxies fall only then the world will be my Victim Pray". The Little Prince and Fox vowed "they would not let that happen," forming a partnership. The Time Lord Doctor rescued the Scientists out of their gloom and knew the Little Prince and Fox could handle the any situation together, left them to defend the galaxies by themselves. The Time Lord not worried returning to his Tardis and then disappeared saying his goodbyes.

The teen-Youngster: Little Prince and Wild Fox are now Stellar Traveler's Galaxy Guardian's. They have their own adventures now. They walk through The Little Dimensional Ion Portal Doorway: that is classified in the Stellar Belt System; that is numbered on each Planet while flying a Stellar Aviation Air Plane. He sends a written letters to his Precious Rose: about Each Individual Galaxy. Every World Nation he went is different.

The Little Prince: and Wild Fox:

A while ago on reddit I made some tierlists of abnormalities (one for HE and one for TETH) and decided to make a bunch of statistics. Here are some examples:

I have LOADS more, and would be glad to share them here, but only if it doesn't cause a problem. Maybe they're uninteresting? Idk, you decide. If I get at least one comment advising me to do it, I will!

Before it turns into a company, they are a group of people who work for C in order to conduct spirit curing right?

So perhaps they can be called "Spirit Curing Project"?

Was the game's plot (idea) based round the SCP Foundation or did something else influence its creation?

We have a Discord. It's more effective for on-the-spot communication. There's even a wiki section. You can still post here, obviously, but the discord is slightly more flexible. This is better for wiki-related changes.

The deadline for adoption has been met: Minichibis has not logged in for 60 days, and shows no sign of ever returning, effectively barring off any higher level (and much needed) changes to our Wiki.

As such, we should thoroughly consider who should receive Administrator Permissions.

Being an administrator involves a good amount of technical know-how; I'd recommend that you maybe know a tiny bit of Javascript, HTML, or CSS. Wikitext is a must.

However, Responsibility and Communication is also important too. I was thinking that Lobotomy Corporation will have a Discord, which I will set up in the following days. Admins can have an admin channel, and there could also be a general wiki section to communicate big changes before they happen.

Preferably, an Admin should be around for a good while before Admin rights are granted, but that's not a big issue, as most of our top contributors have contributed more than 100 edits.

I look forward to the adoption. I made a favicon for our URL, and I'm sure many of you have a contribution you'd like to make too! Please tell me your thoughts on who should receive Administrator Privileges below so we can make a unified decision. Remember there can be more than one Admin.

It's been well over a month since Minichibis, the founder who has complete control over the wiki, has logged in at all. What do we do if they never come back? We can keep building, but sooner or later, we'll probably have to moderate vandalism or do something that requires the Admin dashboard. 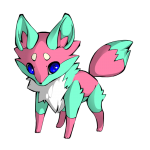 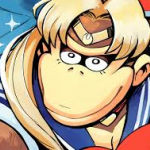 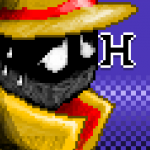