"Then, in the middle of all the chaotic cries, someone shouted: “It's the beast! A big, scary monster lives in the black, dusky forest!” "
- Tale of the Black Forest

Apocalypse Bird is a monstrous Abnormality, which only appears when Punishing Bird, Judgement Bird and Big Bird are merged together after going through the 'Entrance to the Black Forest'. The monster possesses a bandage-covered body, with the revealed head of Bird of Judgement at the top of it, and the mouth of Punishing Bird in front the body. It has big talons covered in bandages, as well coming from the top of the body, and big black wings with the several yellow eyes of Big Bird on it, coming from the back.

Unlike other breaching Abnormalities, this one can't be suppressed by usual means, because it is immune to all damage. It can only be defeated by destroying the 'eggs' around the facility. Its encyclopedia can be accessed from the encyclopedia menus of the other birds during the event, after they merged.

Its ability will trigger when Punishing Bird, Judgement Bird and Big Bird are breaching at the same time. If 2 of the mentioned Abnormalities are breaching, the other will breach immediately and trigger the event. The event can only trigger on Day 21 and onwards.

When the condition is met, the event will start with a picture, beginning to tell the tale of The Black Forest. After that, a black portal gate, named the 'Entrance to the Black Forest' will appear in a random main room of a department. All the three birds will start to go towards the portal, ignoring their usual behavior. They will become immune to damage, and they cannot be targeted. However, the portal can be suppressed, which will end the event prematurely and return the Abnormalities to their containment units, but due to its high

HP at 13,000 and the fact that it's highly Resistant against

The whole facility's lights will shut down and Apocalypse Bird will periodically induce Qliphoth Meltdowns in the containment units of random Abnormalities across the facility (Sephirah Meltdown immunity doesn't affect these Meltdowns). From this point, the player cannot change the flow of time, pause, or enter the pause menu.

Apocalypse Bird will teleport to main department rooms every 15~25 seconds and it possesses a variety of powerful attacks, listed here:

The Abnormality can't be damaged due to being immune to every Damage Type. Even if Apocalypse Bird itself were to somehow take damage, it has an absurdly high amount of

HP; which will spawn in random main department rooms when Apocalypse Bird is summoned. All eggs are weaker to certain Damage Type and their appearances will change when their

HP is dropped below 50%. Destroying one of the eggs will make appear a picture of the respective bird being defeated and removing part of the abilities of Apocalypse Bird, making it weaker.

The 3 eggs, along with their appearance and effects, are:

When all the eggs are destroyed, the last scene of the tale will appear, and after that, Apocalypse Bird will fall, defeated. All the birds will return to their containment rooms. The same event can't occur twice in the same day.

All the Agents who survived the event will receive a Special E.G.O. Gift, called 'Through the Dark Twilight', giving them a black wing with eyes at the back of the Agent (Slot Back Right), the same as Apocalypse Bird, and increase all

If an Agent in the facility is wearing the E.G.O. Weapon and/or Suit of Apocalypse Bird, the event will not occur even if all three birds breach.

Apocalypse Bird is the result of Big Bird, Judgement Bird and Punishing Bird fusing together into one bird in an attempt to protect the Black Forest from monsters, since they felt that the forest was too big for just the three of them to protect, but that nobody else can protect it like them. When Apocalypse Bird appeared, darkness and chaos fell upon the forest, chasing away the forest's residents.

Apocalypse Bird ended up all alone in the Black Forest it tried to protect, with neither the sun or moon shining upon it. The prophecy had been completed.

The tale of the Black Forest can be found in its Encyclopedia Entries.

Apocalypse Bird displays preferences and even an amount of

E-Boxes, but since can't be contained, these contents don't seem to be relevant.

Apocalypse Bird's details are unlocked by possessing all 3 birds in the facility and can be accessed from the encyclopedia of the other birds during the transformation and event or in the Codex.

Shows the name of the Abnormality, subject classification, Risk Level (

E-Boxes (12) and their emotional state, although from the Damage Type to the next details are no in use.

The percentage level list to the respective work. Not usable because cannot be contained.

Information if the Abnormality can escape or not. This include their defenses when breaching:

Defenses of the Entrance to the Black Forest's Portal Gate:

The only way to obtain its E.G.O. Weapon, Suit and Gift is by defeating Apocalypse Bird. Only 1 copy can be obtained and cannot be increased by research. The E.G.O. Gift is given to all the Agents who survived through the event.

The first scene, when the event starts

When Punishing Bird reach the portal

When Judgement Bird reach the portal

When Big Bird reach the portal

When all the birds reached the portal

When 'Long Arm' has been destroyed

When 'Big Eyes' has been destroyed

When 'Small Beak' has been destroyed

When all the eggs has been destroyed

'Entrance to the Black Forest'

Apocalypse Bird about to teleport 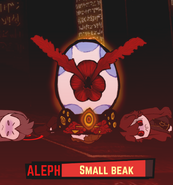 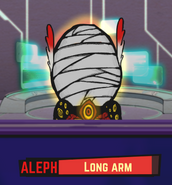 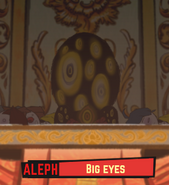 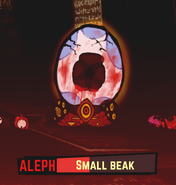 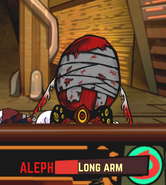 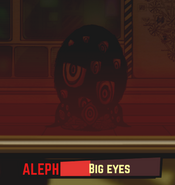 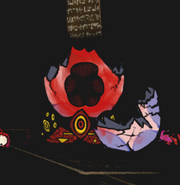 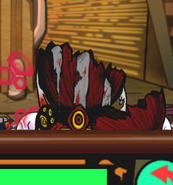 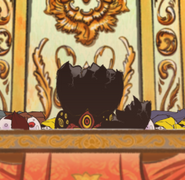 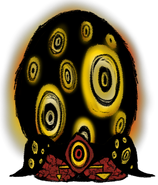 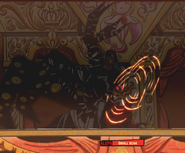 About to use Punishing Bird's ability

Attacking with its front mouth

An employee under Apocalypse Bird's mark

About to use its balance 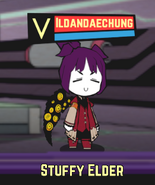 "The twilight was endured, and we now face towards dawn. Has the birds' twittering in the forest finally stopped?"