The Monster in the Black Forest

"In chaotic cries of fear, somebody shouted. "It's the monster! Big terrible monster lives in the dark, black forest!'"
- Tale of the Black Forest

Apocalypse Bird is a monster Abnormality, which only appears when Punishing Bird, Judgement Bird and Big Bird are merged together by entering the 'Entrance to the Black Forest'. The monster possesses a body, wrapped with bandages, with the revealed head of Judgement Bird at the top of it, and the mouth of Punishing Bird in front the body. It has big talons covered in bandages, as well coming from the top of the body, and big black wings with the several yellow eyes of Big Bird on it, coming from the back.

Unlike other breaching Abnormalities, this one can't be suppressed and can only be defeated by destroying the 'eggs' around the facility. Instead of showing a suppression menu when clicking on it, it show its encyclopedia.

When the condition is met, the event will start with a picture, beginning to tell the tale of The Black Forest. After that, a black portal, named the 'Entrance to the Black Forest' will appear in a random main room of a department. All the three birds will start to go towards the portal, ignoring their usual behavior, they will become immune to damage and cannot be stopped or stunned. The portal deals constant minor psychological damage to the employees in the same room, and even that the portal can be suppressed, there's no way to destroy it.

The whole facility's lights will shut down, and until one of the eggs is destroyed, Apocalypse Bird will drop periodically all the Abnormalities' moods in the facility. From this point, the player cannot pause or speed up the time and neither enter to the help manual or menu.

Apocalypse Bird can only teleport to the main department rooms and possess a variety of powerful attacks. It can deal strong physical damage to the employees and abnormalities in front itself, with its talons, shaking the screen when hitting the floor. It can charge a yellow orb, to attract random employees in the facility to itself, and it can open its wings and charge yellow beams on its eyes to shoot them to nearby employees, both abilities related to Big Bird. It can use a golden balance, to mark random employees in the facility, to hang them immediately to kill them, the ability of Judgement Bird. Finally, it can also open the big red mouth in front its body to deal drastic physical damage to the entities in front it, ability of Punishing Bird.

The Abnormality can't be suppressed and neither be damaged. The only way to defeat it is by destroying 3 'eggs' around the facility, which will spawn in random main department rooms when Apocalypse Bird is summoned. The 3 eggs are named 'Small Beak', looking like a red egg with a big mouth of Punishing Bird; 'Long Arm', taking the form of an egg covered in bandages like Judgement Bird; and 'Big Eyes', a black egg covered on yellow eyes of Big Bird. Destroying one of the eggs will make appear a picture of the respective bird being defeated and removing part of the abilities of Apocalypse Bird, making it weaker.

When all the eggs are destroyed, the last scene of the tale will appear, and after that, Apocalypse Bird will fall, defeated. All the birds will return to their containment rooms. The same event can't occur twice in the same day. Additionally, all the agents who survived the event will receive a special trait, called 'The One who', giving black wings with eyes at the back of the agent, the same as Apocalypse Bird.

Apocalypse Bird is the fusion of the powers of Big Bird, Judgement Bird and Punishing Bird, in an attempt to protect the Black Forest from monsters, thinking that the forest was too big for them to protect, but that nobody else can protect it like them. When Apocalypse Bird appeared, darkness fell on the forest, causing chaos across it, with all the creatures of the forest escaping them.

Apocalypse Bird ended alone in the Black Forest which it tried to protect, without sun or moon. The prophecy has been completed.

The tale of the Black Forest can be found in its Encyclopedia Entries.

Apocalypse Bird, since it can't be contained, doesn't show any preferences for any work, doesn't produce any energy, and doesn't possess a mood bar.

Apocalypse Bird has entries, but are locked and can't be unlocked in any way.

The first scene, when the event starts

When Punishing Bird reach the portal

When Judgement Bird reach the portal

When Big Bird reach the portal

When all the birds reached the portal

When 'Long Arm' has been destroyed

When 'Big Eyes' has been destroyed

When 'Small Beak' has been destroyed

When all the eggs has been destroyed

'Entrance to the Black Forest' 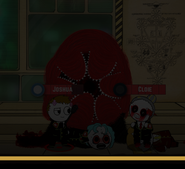 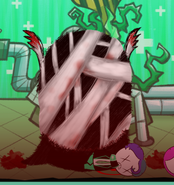 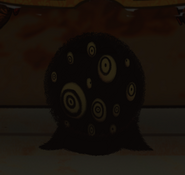 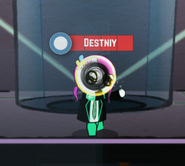 An employee under Apocalypse Bird's mark

Apocalypse Bird about to teleport 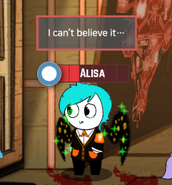 "The One Who" Trait
Community content is available under CC-BY-SA unless otherwise noted.
Advertisement