The Twelve Apostles, including the Heretic, are employees who have been blessed at some point by the Plague Doctor. In all technicality, they are abnormalities, but essentially a part of WhiteNight. They have two forms: Untransformed, where the player has control over them just like normal employees, and transformed, where the Plague Doctor's second form, WhiteNight, has control over them after his ability. The transformation doesn't have any effect on the twelfth Apostle, who is deemed a Heretic.

The eleven transformed Apostles are tall, lanky, missionaries with an exoskeleton. They wear masks that correspond to the located on the Plague Doctor's clock, with their now exposed jawline showing beneath and their eyes on their masks also glowing Red, or Blue for the Guardian Apostle. On their backs, they don wings much like that of WhiteNight. They retain the hairstyle they had when they were human.

The 11 Apostles are selected from the original employees who are marked by the E.G.O. gift from the Plague Doctor and/or having their name on the Clock. As long as the original employee is present in the facility either alive or murdered during the day, they will still be selected. However if the original employee is not present (day 1 reset, Memory Repository, etc) another agent or clerk, alive or dead, will take their place and be a substitute for the missing Apostle during the start of a new advent. This is only temporary and on the next day, another agent or clerk will fill in the place of the absent Apostle. The Apostle will not be altered when another employee takes their place, as the Apostle will still retain the original agents appearance and name.

HP. Each of the eleven Apostles use different types of weapons, that bear their own attack type and defenses, depend on their placement on the clock:

When any of the 11 Apostles are taken out in battle, they will kneel down and clutch their weapon, "awaiting WhiteNight's call." After WhiteNight releases his red ring(call), all Apostles, who have lost meaning to fight, will rise up again, fully replenishing their HP. After WhiteNight is defeated, either with or without One Sin, all 11 Apostles will give up and impale themselves with their weapon. However, once the next event in the same day happens, all fallen transformed Apostles will reanimate, returning to their Hostile state.

The appearance of the untransformed Apostle, 'The Twelfth Apostle, The Heretic', remains mostly unchanged, with a 16th century 'plague doctor' (not to be confused with the Abnormality) mask, resembling that of the actual Plague Doctor (Abnormality), on their face. The twelfth Apostle is ignored by the other Apostles, gains immunity against all types of damage(including abilities that can instantly kill an employee, like Beauty and the Beast and Don't Touch Me), and in addition, it can only do the special work on One Sin and Hundreds of Good Deeds, committing suicide and defeating WhiteNight instantly, but its EGO Weapon will not be granted. One Sin and Hundreds of Good Deeds' special work will be available as long as WhiteNight is escaping and can only be accessed by the 12th Apostle. The twelfth Apostle will always leave the room it was assigned to work on and release any tool or abnormality effects placed on it when the event starts. This however does not include effects like, but not excluded to, being frozen by the Snow Queen or being protected by the Shelter from the 27th of March.

Unlike the other Apostles, the 12th Apostle is selected only from a random alive agent after the original 12th dies or is not present (day 1 reset, Memory Repository, etc). Since the 12th has never transformed, it does not keep the original employees appearance and instead uses the appearance of the substitute agent selected along with their name. The apostle is also not brought back to life when the next event of the day begins, instead it selects a new employee to replace the dead 12th Apostle, repeating the cycle until no 12th Apostle can be selected and all that's left is the 11 Apostles and WhiteNight. 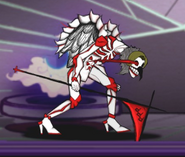 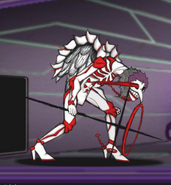 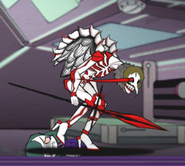 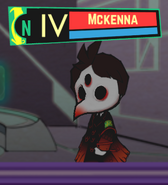