Big and Will be Bad Wolf

Big and Will be Bad Wolf

"Still, it didn’t matter to him. After all, he was “destined” to be a big bad wolf."
- Big and Will be Bad Wolf's Entry

Big and Will be Bad Wolf (F-02-58) (aka Big and Might be Bad Wolf before reaching Observation Lvl. 3), is an animal Abnormality taking the form of a humanoid tall wolf with gray fur, white paws, tail and belly button, black eyebrows and a scar on his left eye. When breaching, the wolf will start to look more beastly, covered in scars and blood and running on four paws. The front paws are black and red.

He is one of two unique Abnormalities in game to have a counterpart or rivalry, the other counterpart Abnormality being Little Red Riding Hooded Mercenary.

Its ability triggers when his

Qliphoth counter is reduced by the next methods:

Qliphoth Counter reaches 0, he will breach. When about to breach, a containment filter effect will appear, with a picture of the wolf's face and its eyes glowing, followed by breaching. The Abnormality's appearance will change to a big, more realistic kind of wolf, with multiple scars on his body, sharp claws and glowing blue eyes.

Movement Speed. When breaching, he moves to the Main Rooms of the departments to start his attacks. His next location is marked by a Blue or Red Moon (When below the 50% of

HP), appearing in the main room of another department. Just one moon can appear at the same time.

While escaped, he use his claws or fangs to attack the target, dealing average

Red Damage. He can perform a special attack which runs across the room, dealing

Red Damage constantly to the targets in the room. If there are no targets in the area, the Wolf will travel to the nearest area with employees. After 20 seconds, the wolf will howl, dealing

White Damage to the employees in the department. If there is a Red Moon, it will also reduce the

Qliphoth Counter of the nearby Abnormalities by 1. After reducing 15% of its HP, he will flee to the next main room with a moon on it, turning into black smoke and moving faster to the next location. Once he reach the room, he has to recover his breath, remaining an amount of time(7.5 seconds) resting and invulnerable to attacks. This behavior repeats until subdued or the day ends.

If the wolf still holds any devoured employee when breaching, they can be released after suppressing the wolf, by performing

HP by 9 and decreases

The Big Bad Wolf follows many tales involving a wolf as an antagonist, but probably he participated in each of them (mentioned in his flavour text) before the Little Red's tale. The twist in that tale is assumed to be at the end, but is still unknown what happened. After the incident, the wolf somehow escaped the scene, and with a high probability, being the one who scarred Little Red. Although the wolf looks clueless during most situations, he seems to recognize the rivalry of Little Red and tries to fight her when both are confronting.

How the Big and Will be Bad Wolf arrived to the facility and where he was found is still unknown.

Big and Will be Bad Wolf responds to the four works in order of best to worst:

Big and Will be Bad Wolf's emotional state is divided into 3 sections:

Good. Completing 0-9 E Boxes will cause it to feel

Distressed, completing 10-17 will cause it to feel

Happy. Its usual waiting time after a task is around 15 seconds and

E-Boxes (22), their emotional state and

Information if the Abnormality can escape or not, plus his Qliphoth counter (2). This includes it's defenses when breaching:

"An Abnormality in the shape of a wolf with sparsely damaged fur. It is bipedal, and is capable of communication to some extent.  It always attempts to devour employees or breach. Such actions are easily preventable, since it shows obvious signs in behaviour and conversation before doing so, making this Abnormality fairly easy to manage."

"The incident on the day of <Redacted> was an alerting event for many employees. The moment Red Riding Hood ran into the Wolf, the situation spiraled out of control. Prevent the two from meeting at all costs. Considering the potential damage it may cause, it could be a wise decision to sacrifice a few employees to divert their attention away from each other."

"He had flesh for the first time in a long while, and its taste was so good. In the corner of his eye, a familiar piece of red cloth stood out from the wardrobe. He may or may not have seen it before, but he didn't really care about it. Since then, it got harder and harder to keep himself in check. Still, it didn’t matter to him. After all, he was “destined” to be a big bad wolf. "

"There may be lots of stories here, but no story is as disgusting as the wolf's role. It was a sin to be born as a wolf. No one cared about a wolf's name. It has to be called the big bad wolf. All wolves are raised to become giant, ferocious, and hairy monsters. Wolves could not eat other animals even if they were starving. Wolves could not cross the line when doing bad things. And wolves had to be punished. Wolves always needed to be an example. Wolves could not make friends with anyone... (Omitted)"

Big Bad Wolf spitting out an employee after Instinct work

Second picture while spitting out

Traveling into another main room

Wolf tired after entering another room 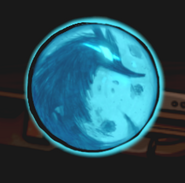 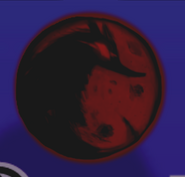