You Can Do This!

Movement Speed for all the employees.

Movement Speed of the employee.

"The Control Team monitors the employees and Abnormalities and plans the best course of action. They orders to other employees while watching the CCTV feeds. They tend to be bossy and assertive, making them unpopular among the other employees."
- Description

Control Team Department is the first unlocked Department that the player starts with, located in the upper layer, Asiyah. It contains a Main Room, 4 minor rooms, 2 elevators and 6 hallways. The maximum amount of containment units that this department can have is 4. This department is above and connected to the

Information Team Department. Malkuth is the Sephirah of this department.

The Main Room is the biggest one in the upper side of the department. Employees will start and wait there for instructions of the player and to

The Agents will wear

red shoulder bands with the 'M' letter on them. The Clerks will wear brown suits with yellow ties. The Team's main color is Light Yellow.

The Missions of this department are the most easiest of the game, with the researches giving basic functions for the game.

The Department Functions help in increasing the mobility of the employees in the facility.

Movement Speed of the respective Agent by the amount of days in a row while assigned to the department. It will reset if reassigning the Agent out or to another department for a day.

Captain, Agent assigned for 7 or more days in a row (Only one Agent can have it at the same time):

Level 3, Agent assigned for 7 or more days in a row:

The Control Team has basic researches that allow better management, especially in the late-game. It possess 3 Researches:

"You can speed up your management up to 2x using the TT2 Acceleration Protocol."

Joint Command: Allow Agents to work in other departments where they aren't initially assigned.

"Joint Command enables your to give cross-divisional work orders between departments."

Summon Call: Unlocks a button for each department, next to the Regenerator Healing Gauge, that when pressed, orders all Agents of that department to return to the main room. This current move orders to those employees.

"Provide beepers to employees to have them return to their departments." 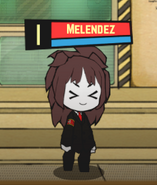 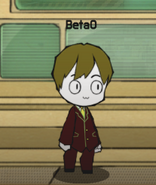