"'Those who do not fear death.' It reminds me of Lobotomy's slogan. I don't know if it is admirable mindset, though."
- Angela

"Left with this armor alone, employee [ ] feels a gaze upon him. Of course, no one is inside of that armor."
- Crumbling Armor

Crumbling Armor (O-05-61-T) is an artifact Abnormality with the appearance of a thoroughly aged suit of Japanese style armor with a V or U shaped crest on the helmet. The chest portion of the armor has a painted representation of cherry blossoms with paint that does not appear to be faded. There are several instances of rust around the folds of the armor, and the right arm is disconnected from the rest of the body. A glowing blue eye can be seen inside the helmet.

Its ability is "Spirit of Association". When a Pacifist employee or an employee wearing a Shield enters to its containment room, the room will become darker for a moment, and after a glare of the armor, it will decapitate the employee and drop its mood by a little bit.

The trait is permanent and can't be removed in any way.

Crumbling Armor was an armor used in different battles by their owners and ancestors. Starting from being an armor of a general, who died by an arrow shot, but the armor remained untouched, passing over generations to the successors who also died without the armor receiving any damage. With its last owner, a warrior, who didn't wear the armor in any battle, without any injuries, and died of old age; the armor's arm plate was damaged, without exterior damaged. The family of the warrior donated the armor to a museum, where the company found it.

When and how its anomalous effects appeared is still unknown.

Crumbling Armor is a simple Abnormality to take care of if memorizing isn't a problem. The Abnormality becomes dangerous against employees wearing Shields or being Pacifists because Crumbling Armor will kill them if are sent to its containment room, limit the agents by their Life Style and also by their equipment. Employees can also get a special trait that can change over the time by performing Violence work but the beneficial starting effect will not last with more Violence works.

Crumbling Armor's mood gauge can be increased with Violence and Cleanliness work but is advised to don't perform Violence work several times with the same employee, instead, use Cleanliness work to avoid the extra effects of the trait. Crumbling Armor deals average Psychological Damage, so agents of level 2 or higher can easily deal with it in case of failure.

The ability of Crumbling Armor allows it to instantly kill any employees of Pacifist's Lifestyle and employees who wield Shields. In the case of getting Crumbling Armor and having any of the mentioned employees, is recommended to move the Pacifist employees to other departments and remove the Shield equipment of the agents who are going to interact with it. The special trait of Crumbling Armor is given after 3 Violence works performed by an employee, which will change after a certain amount of Violence work performed. Starting as a good trait and increasing the good stats after 3 stages, it will become worse after it, decreasing the HP of the employee drastically, but increasing the Avoidance Rate for a huge amount. These employees can perform works with other Abnormalities and don't suffer damage even when failing at work, making them useful for works but not for suppression. The agents should not perform more Violence Work with Crumbling Armor since there are no more changes of stats and just give a chance to the Abnormality to kill the employee.

Corpse of the decapitated employee 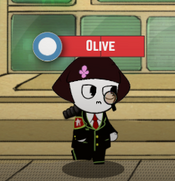 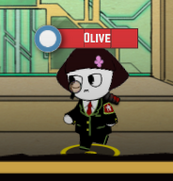 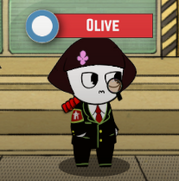