"I’ll hang his head over my bed. Only then can I get up in the morning without having a nightmare."
- Little Red Riding Hooded Mercenary's Entry

Little Red Riding Hooded Mercenary (F-01-57), or Little Red for short, is a humanoid Abnormality in the form of a female mercenary. Along with black clothes and bandages, she wears a red hood and covers half her face with a teeth-like mask. Only a single yellow eye can be seen from her face. She has several scars on her body, and seems to have blood near her feet. When in combat, she wields shotgun-like pistols, and a scythe-like dagger.

She is one of two unique Abnormalities in the game to have a counterpart or rivalry, the other counterpart Abnormality being Big and Will be Bad Wolf.

Her ability triggers when her

Qliphoth Counter reaches 0 or by

Qliphoth Counter is reduced by the following methods:

The player can order a

Request, which replaces her

Request consists in bringing up a 'Wanted' sign, covering the cursor. The player can place it on a breaching Abnormality and pay a cost in Energy, increasing by 40 for each stage of the Risk Level: 80 for

ALEPH. The respective target will be Marked with Little Red's mark and she will then run to their location to suppress it.

Movement Speed, and possesses several attacks. Her target will have a mark, similar to a yellow eye floating above the respective entity, which she will chase through the facility until it is suppressed or she is suppressed. Her attacks can still damage employees in the line of fire. Her attacks include:

When the target Abnormality is suppressed or when she is defeated, she will return to her containment room.

Qliphoth Counter is depleted, she will breach and become hostile against employees. She will mark the first employee or entity that she sees, attacking and chasing them until they die, moving to another nearby target in sight. She will continue breaching until subdued or the day ends. If she marks an employee, the target can be removed by working on an abnormality.

If she encounters the Big and Will be Bad Wolf in the same room, she will go 'Berserk', with red flames around her. From this point, she will only focus on the wolf until one of them is defeated. Her attack power and

Movement Speed is increased in this state by a factor of 1.5. If she defeats the wolf, any employees that the wolf has eaten will be released and given an E.G.O. Gift called 'Sheepskin' that increases

HP by 9 and decreases

SP by 3. However, if another entity steals the kill of the wolf, she will stay in this state until suppressed.

Little Red is assumed to follow the same origins of the tale of the same name, and the twist in her story may have occurred when facing the Big Bad Wolf at the end of the tale. Although it is unknown what happened at the end, her scars probably were the outcome of such an event. After losing her eye to the wolf and failing to kill them, her desire for intense revenge was fueled. Afterward, she left her previous life to become a wandering mercenary, probably at the age of 15 or higher, training and working for contracts, without any place to stay. Where she got her weapons are unknown.

Where Little Red was found and how she arrived at the facility is still unknown, but she might've wanted to find the wolf in the facility.

Little responds to the four works in order of best to worst:

Good. Completing 0-8 E Boxes will cause her to feel

Distressed, completing 9-16 will cause her to feel

Happy. Her usual waiting time after a task is around 15 seconds and its

E-Boxes (20), their emotional state and

Qliphoth Counter (3). This includes her defenses when breaching: 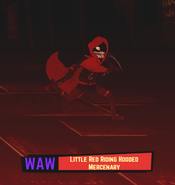 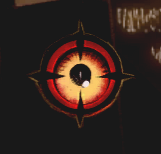 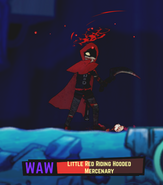 Attacking with her axe 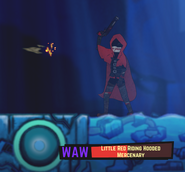 Shooting with her gun 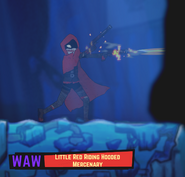 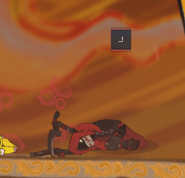 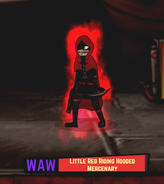 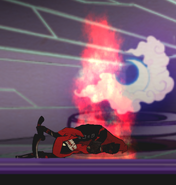