" 'Ease yourself, do you not have need of the blessing?' "
-Parasite Tree's Entry

Parasite Tree (D-04-108), also known as World Tree, appears as a green tree with a face embedded in the center of its trunk and has notably large leaves instead of branches. Its roots and bark envelop the majority of the base and the expression on the face seems calm or sleeping. Rustling leaves can be heard inside the containment chamber as it sways back and forth slowly.

Parasite Tree will activate its ability under the following circumstances:

Qliphoth Counter will decrease by the next ways:

SP over time and boosting their

Qliphoth Counter is depleted, it will possess random employees, Agent or Clerk; who will be lured to the containment unit of Parasite Tree, and the first who reach its containment unit will be Blessed and the rest will be released. They can be identified by having green clouds covering their heads and the possession can be cancelled by repeatedly clicking on the affected employee(s). They will be listed as "Out of Control" in the department's employee list. Employees from Parasite Tree's department are preferred, even if they're far away and there are Agents from other departments near the Abnormality.

When any employee is Blessed, Parasite Tree will grow a white luminescent bulb, adding 1 more for every employee Blessed. Upon reaching 5 bulbs, Parasite Tree will undergo a drastic change, turning dark and having its bulbs change to skulls. All employees who were previously blessed will instantly panic (However, this is treated as Out of Control instead) and run around wildly, trying to get as far away as possible and spread out over the facility.

Shortly thereafter, all employees in this state will halt their

HE Risk Level minions, they have a medium amount of

White Damage to everyone currently inside the room. If any employee panics from this, they will exhibit the same behavior as the initial panic effect and shortly after running a distance, will turn into Saplings as well.

Agents or Clerks who have the blessing and subsequently die will remove one bulb from Parasite Tree, making Execution Bullets favorable. Any employee who has the blessing will not cause another bulb to grow if they perform any kind of work on Parasite Tree. All the employees will lose their Blessings during the end of the day.

Although little is known about its origin, the 'Tree' possess itself a calm and serene voice that is used to lure the employees who are working with it to accept the blessing and in bringing more employees to take the blessing. Those who were under the effects of Parasite Tree would show more confident, calm and even happier as the 'tree' was helping them.

At the moment the blessings were complete, the tree will give a 'gift' to the employees that underwent the effects, making them be reborn as trees and be together as one.

Parasite Tree responds to the four works in order of best to worst, varying with the next works:

E-Boxes (24), their emotional states and

Qliphoth Counter (1). While Parasite Tree cannot escape the containment chamber, the minions it creates have the following defenses during encounters: 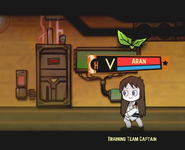 Changing when 5th bulb is grown 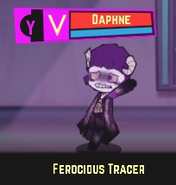 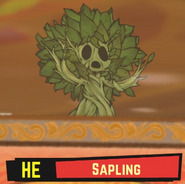