Edit
watch 02:52
Roblox: DeepWoken - The Loop
Do you like this video?
Play Sound
Are you looking for the Plague Doctor's second form, WhiteNight?

“I shall heal you, curing you of all disease and injury you possess.”
- Plague Doctor's Entry

Plague Doctor (O-01-45) is a humanoid creature that wears a round top hat, a plague doctor mask, and a long black cloak around his body. His arms are replaced with black wings that extend down his sides. His attire is similar to that of a European plague doctor during the 17th century.

Plague Doctor's ability will trigger when its containment chambers

Qliphoth Counter reaches 0. It can decrease by:

The ability needs one Agent to be in its containment unit. If it was triggered by its

Good result, the agent finishing the work will be the target of the ability. Otherwise, a random Agent will be possessed and brought to its containment. If the possessed agent dies, another will be chosen afterwards. Its ability consist in performing a 'Baptism' on the employee, taking some time to perform before the effects are applied. So passing the day, a reset, memory repository, or exiting the game occurs before the baptism finishes, the effects, everything below, will not be applied to the employee.

When the baptism is finished, an old-fashioned clock will appear on screen, and the name of the employee who was baptized will appear beside a number in increasing order, starting from 1 up to 12, along with some text at the bottom. In addition, the employee will be fully healed and given the E.G.O. Gift "Bless", that increases all the

stats by 6. The employee that was added to the clock and has the Gift on them cannot work on the Plague Doctor. Resetting on the same day that the Agent(s) received the gift will remove it, but the clock counter will remain and the agent will still be unable to work with Plague Doctor.

Plague Doctor's appearance will change as it blesses more employees, and will remain in its current appearance and remember how many employees it has blessed, even in new runs starting from day 1 and restarting back to previous checkpoints.

When the Plague Doctor has 'Blessed' twelve employees, it transforms into WhiteNight, and mutates all twelve blessed employees into Abnormalities/Minions called Apostles. The same clock of before will appear, moving the camera to each employee blessed in order, transforming them. After the Plague Doctor has transformed, the player is no longer able to change the speed, open the manual, or open the game menu until subdued, ends in Game Over or the day ends. The clock only appears when WhiteNight transform. From that moment on, it will no longer appear when breaching.

The details of its origin are currently unknown, though it's been said it came to the facility of its own free will. It is thought to have biblical origins due to it's second form.

Plague Doctor responds to the four work types in order of best to worst:

Like all Abnormalities, his energy output is determined by the number of PE Boxes (Positive Enkephalin boxes) at the end of the interaction.

Good. Completing 0-3 E Boxes will cause him to feel

Speed Rate +5 (Only obtainable by transforming into WhiteNight)

The E.G.O. Gift 'Bless' can be obtained by Plague Doctor blessing an Agent. 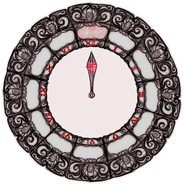 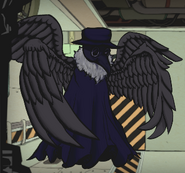 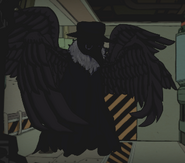 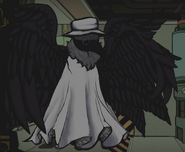 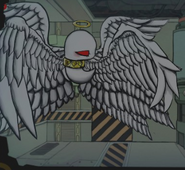 After 12 Blessings, before transforming into WhiteNight.