"There is nothing behind this mask, for flesh is bound to the flow of time but soul is immortal."
- Plague Doctor

The Plague Doctor (O-01-45-Z) is a humanoid Abnormality wearing a black hat, a black plague doctor mask, and a long black coat. It has two large black wings instead of arms, and a collar of feathers around its neck. Its appearance becomes more "angelic" as it gains blessings. It is the first form of WhiteNight, and the only way to return it back to Plague Doctor is through a hidden in-game function reset.

Its special ability is "Violet Coloured Baptism", which applies the buff trait 'Bless' to the first twelve employees that either observe him, are ordered to perform his 'Special' action, or are possessed by Plague Doctor. The baptism take some time to perform before the effects are applied, so if the day ends before the baptism finished, no effects are applied to the employee. When the baptism finished, an old-fashioned clock to appear on screen, and the name of the employee who was sent in will appear beside a number, along with some text at the bottom. If the Plague Doctor's mood is in bad state for some time, the next employee who enters to its containment room will get baptized. If the Plague Doctor's mood is depleted, it will possess a random agent employee, and bring them to its containment unit to perform Violet Coloured Baptism. When it finish, Plague Doctor's mood will max out.

Plague Doctor's appearance will change as it bless more employees, and will remain in its current appearance and remember how much employees it has blessed, even in different new games.

When the Plague Doctor has 'Blessed' twelve employees, it transforms into WhiteNight, and mutates all twelve blessed employees into abnormalities called apostles. The same clock of before will appear, moving the camera to each employee blessed in order, transforming. After the Plague Doctor has transformed, X is no longer able to change the speed, use the help screen, or open the game menu until subdued, ends in Game Over or the day ends.

Plague Doctor cannot return to this form once is transformed, and so will appear as WhiteNight instead in future runs.

Additionally, Plague Doctor may switch containment rooms randomly with other Abnormalities each 2-3 days. This may cause confusion in some departments. This is especially dangerous if you have Don't Touch Me. The change is at the start of the day, in the Deployment Phase, so the player can check the Abnormalities and change agents if Plague Doctor is swapped with another Abnormality.

The details of its origin are currently unknown, though it's been said it came to the facility of its own free will. It is thought to have biblical origins due to it's second form.

The Plague Doctor responds best to cleanliness work. It likes nutrition work, and is neutral to consensus, amusements, and violence works.

Plague Doctor will produce a moderate amount of energy when happy and neutral, and doesn't produce or drain any energy at all when distressed.

Even if you try to do the final observation with Plague Doctor, the only option available will end in failure. The only way to get the last observation must be through WhiteNight.

Plague Doctor is an Abnormality that is easy to manage but also a potential threat, because of its ability to transform into WhiteNight. Its ability allow it to give a special trait which buff the employees' stats but that will count them as an Apostle for future runs.

Plague Doctor can improve its mood by Cleanliness and Nutrition work. The player should try to prevent Plague Doctor from entering its bad mood, as its ability can randomly trigger in this state. The Abnormality doesn't deal any damage when failing work so it is safe to send agents of any levels.

Its ability, "Violet Coloured Baptism", will make an employee gain a special trait, but it also makes them an Apostle later on. When Plague Doctor performs 12 Baptisms, it will transform into WhiteNight and all the employees with the trait will transform in uncontrollable Apostles, starting a breach. In different cases, Plague Doctor can trigger other effects to try to perform its ability, like possessing employees when its mood is depleted or baptizing agents who perform Observation work on it. While the buff trait is good for the employees, Plague Doctor will be one step closer to become an ALEPH Abnormality and can cause a major breach in seconds. If the player really wants to avoid agents getting baptized, Plague Doctor must stay in a good mood most of the time, Observation Works are not very necessary but if they are made, the player can reassign the blessed agents to work constantly with Plague Doctor in case its mood drops to bad, which it might have the chance to bless one of the agents working with it. Plague Doctor can't bless the same agent twice so this also limits the agents to use in case of performing Observation work. If the amount of blessed employees are high and closer to Plague Doctor transforming, pay attention to it from time to time when other Abnormalities are breaching, which might be distracting and allowing to Plague Doctor to drop its mood and trying to possess other agents.

The Doctor performing its first baptism

The Doctor performing a baptism after finding two Apostles 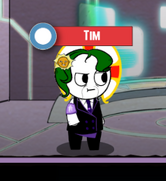 An agent, blessed by Plague Doctor

Plague Doctor's first back wing after the first baptism

Appearance of Plague Doctor after 2 baptisms

Plague Doctor, almost in its last appearance before turning into WhiteNight

The Plague Doctor's final appearance before transforming into WhiteNight 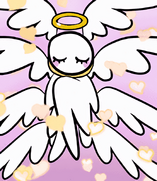 Final Form of Plague Doctor extracted from the website artwork
Community content is available under CC-BY-SA unless otherwise noted.
Advertisement