"It can enter your body through any aperture."
- The Naked Nest's entry

The Naked Nest (O-02-74) is a spherical Abnormality, similar to a rock, covered in a strange brownish substance, has multiple holes of different sizes on its surface, and seems attached to the floor. It acts as a hive or nest, and while in work, worms of the same color come out of the holes.

Its ability triggers upon ending a work. When finishing a work, the containment room will be covered by a screen effect similar to the surface of the Abnormality for a few moments. Afterwards, the work will end normally. During that moment, the employee might get infected and present symptoms after getting out. The chance of getting infected is proportional to the employees

Bad=60%). However, this is not activated if the result of the work is

At first, the infected employee will have small brown circles present on their face, which is the first sign of the infection. After 9-14 seconds, the infected will begin to show other symptoms, namely a green cloud in its face and only 50%

Movement Speed. The infection has a 30% chance to spread to employees near the infected. After presenting symptoms for 30-40 seconds, the infected will transform into a minion of The Naked Nest. This can be prevented by killing the infected or passing the day before they start to transform.

The transformed employee will have a new appearance, similar to a humanoid version of the nest. They will discard their weapons and attack employees with their bare hands, inflicting (3~5)

The transformed employees are considered 'Out of Control', can still be

healed by the Main Rooms and don't make any LOB Point penalty when ending the day with them alive.

The Naked Nest responds to the four works in order of best to worst:

The Naked Nest's emotional state is divided into 3 sections:

E-Boxes (22) and their emotional states.

Information if the Abnormality can escape or not: "Non-escaped Object". Even when it doesn't possess defenses by itself, the minions will take defenses of the current suit that they were wearing.

The Naked Nest's Screen Effect at the end of each task 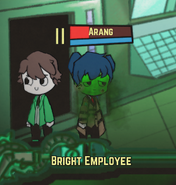 An agent infected by the Nest 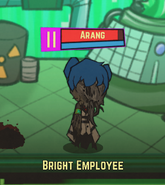 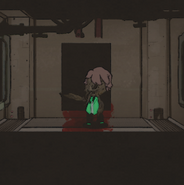