We Can Change Anything

We Can Change Anything

ZAYIN Tool Abnormality in the form of a container of the size of an employee, having a humanoid white metallic form, possessing a body and head which open in three parts, revealing that the surfaces of the inside of the container are filled with spikes. It remains open when not in use.

We Can Change Anything's ability triggers during use. When an employee is sent to its containment to use it, the employee will get in the machine and it will close itself, showing a heart at the front and digital eyes on the face of the machine. It will then start to constantly deal around 2 of

Red Damage to the trapped employee in slow periods of time, increasing overtime. Every time that the employee takes damage, a digital sound can be heard and 1 of

Energy will be produced. After a bit, the speed of the damage dealt will increase, becoming more bloody. This can occur twice. When the employee dies by the injuries, the container will open and reveal the remains and organs of said employee, with a confirmation sound and a red cloud coming out.

The employee cannot get out once they're inside the machine, so they are going to die once inside it. The trapped employee dies even if the player ends the current day before the employee's

HP is completely depleted. The Abnormality isn't affected by the Qliphoth Meltdown.

We Can Change Anything's basic information takes 15 seconds using to unlock. The information gained is:

We Can Change Anything lacks a solid backstory, but was created by the X Inc., the same corporation that created All-Around Helper. It followed after Little Helper's 'success.' This home robot supposedly includes a solution to change everything once the customer gets in the machine, but it is actually a lie, as it simply kills the person and makes energy from them.

It is unknown how it arrived in the corporation, but it was probably confiscated from a customer, or bought as a still-selling product.

We Can Change Anything's Containment 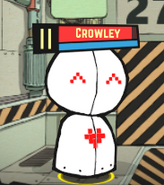 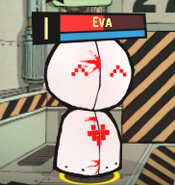 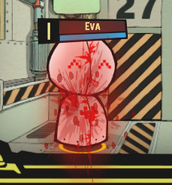 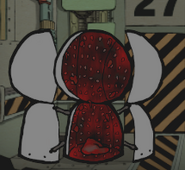 Done after killing the employee

We Can Change Anything Details unlocked
Community content is available under CC-BY-SA unless otherwise noted.
Advertisement